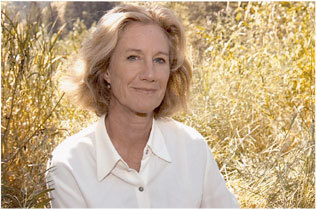 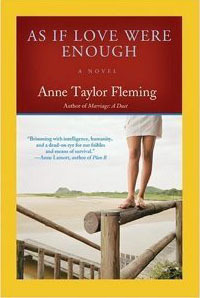 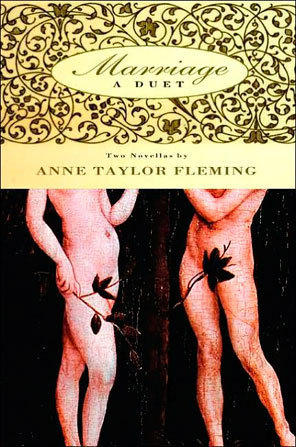 Anne Taylor Fleming is a nationally recognized writer and television commentator. For two decades she was an on-camera essayist for the NewsHour with Jim Lehrer and the author of two works of fiction: Marriage: A Duet and As If Love Were Enough, a deep exploration of family, divorce, infidelity and redemption—a book writer Mark Salzman calls “daring, original, surprising and wise.” Her previous non-fiction book, Motherhood Deferred: A Woman’s Journey, is a passionate exploration of the choices made by women of her baby boom generation. For her TV essays Fleming received a 2006 Gracie Allen award given by the American Women in Radio and Television.

Born in Los Angeles to actor parents, Fleming graduated with Highest Honors from the University of California at Santa Cruz. She began her writing career in the mid-70s with features and essays for Newsweek, The New York Times, Vogue, Redbook and other magazines. She was twice tethered to The New York Times, once to the Sunday magazine, where she wrote two two-part cover stories, one on author Truman Capote and one on Senator Edward Kennedy, and then to the daily New York Times, contributing a biweekly column called “Points West,” sketches of California life.

She joined CBS radio as a commentator in the early 1980s, a post she held for 10 years. At the end of that decade she joined The NewsHour, contributing hundreds of essays on everything from teenage sex to the state of American journalism to the complicated role played by Hillary Clinton and the mirror she holds up to other women. In addition to her work on PBS, she has been a television commentator for both NBC and CNN and a contributor to many national magazines including Vogue and Town & Country. She is currently a monthly columnist for Los Angeles Magazine and is completing a book of essays about growing up and growing old in Hollywood. She is also a creative consultant to the prestigious Sun Valley Writers’ Conference.

As If Love Were Enough
As If Love Were Enough is a novel about the intense bond between two very different sisters who lose each other for a long post-childhood period then come back together under odd and arresting circumstances.
Marriage: A Duet
Marriage: A Duet is a pair of novellas about infidelity, bringing into sharp focus the complications and consequences created by spouses who--despite their genuine bonds of love--are unfaithful.

Motherhood Deferred
Motherhood Deferred is a gutsy exploration of the generation of women who came of age during the women's movement of the late 1960s and early 1970s, coupled with the author's very personal story of her later-in-life attempts to have a baby.